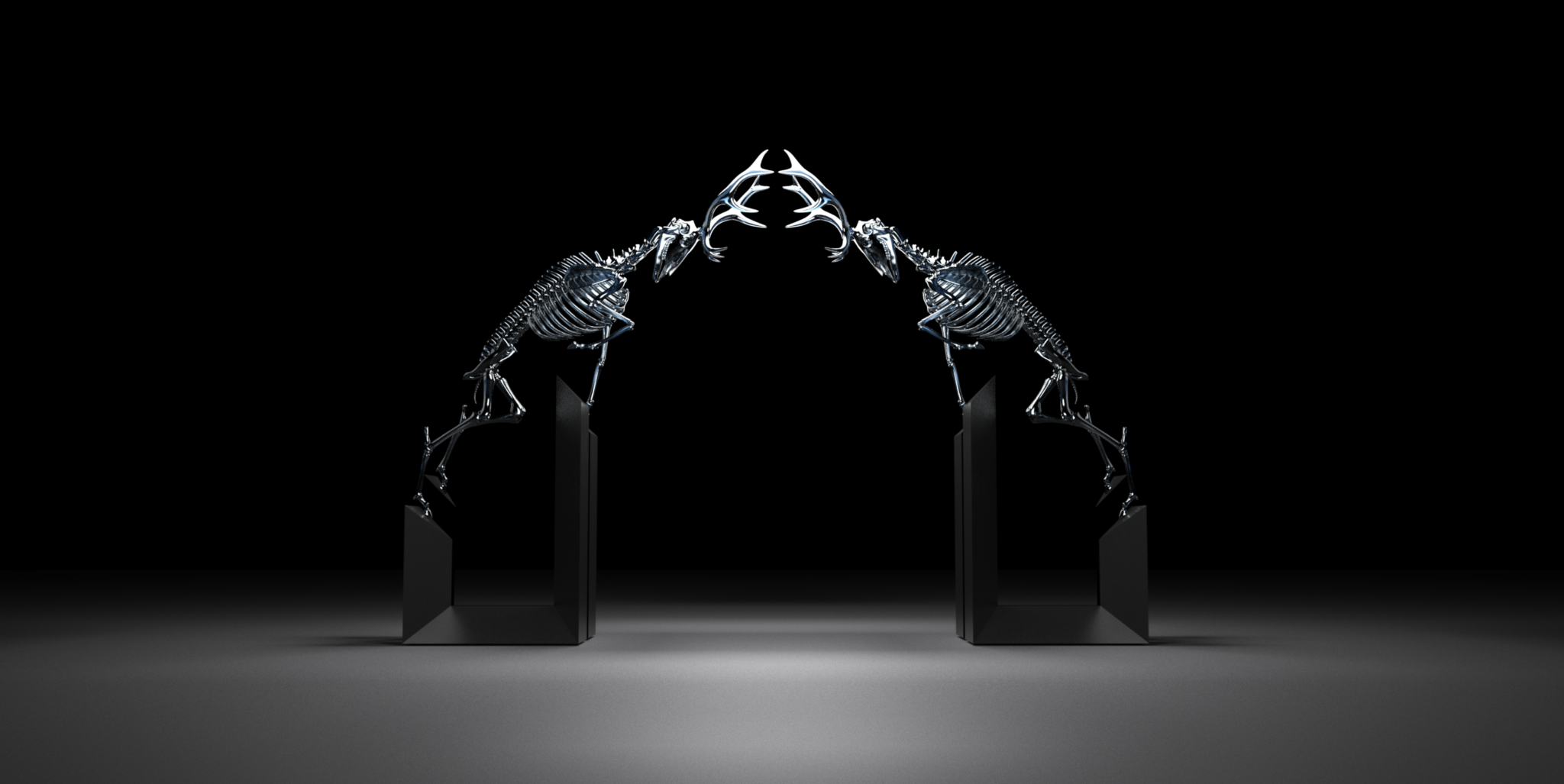 The first of Penn’s impactful installations to be installed in a remote location, Fighting The Rut illustrates the key theme of the Fragile Fight; the fragility of the natural world and the fight we have to save it.

A fierce battle between mating stags, the rut is a display of strength and virility which helps to establish a hierarchy of dominance amongst the males of the species. Penn’s artistic narrative juxtaposes harmoniously against the fragile nature of each skeletal glass form and succeeds in altering the perceived reality of the image.

Mimicking the rugged terrain in which the wild stag is commonly found, Penn employs the use of his monolithic plinths to root the scene to its environment. Appearing as though to levitate above a series of stepped supports, the stags seem almost ethereal and evoke a sense of the sublime despite the aggressive nature of their appearance. 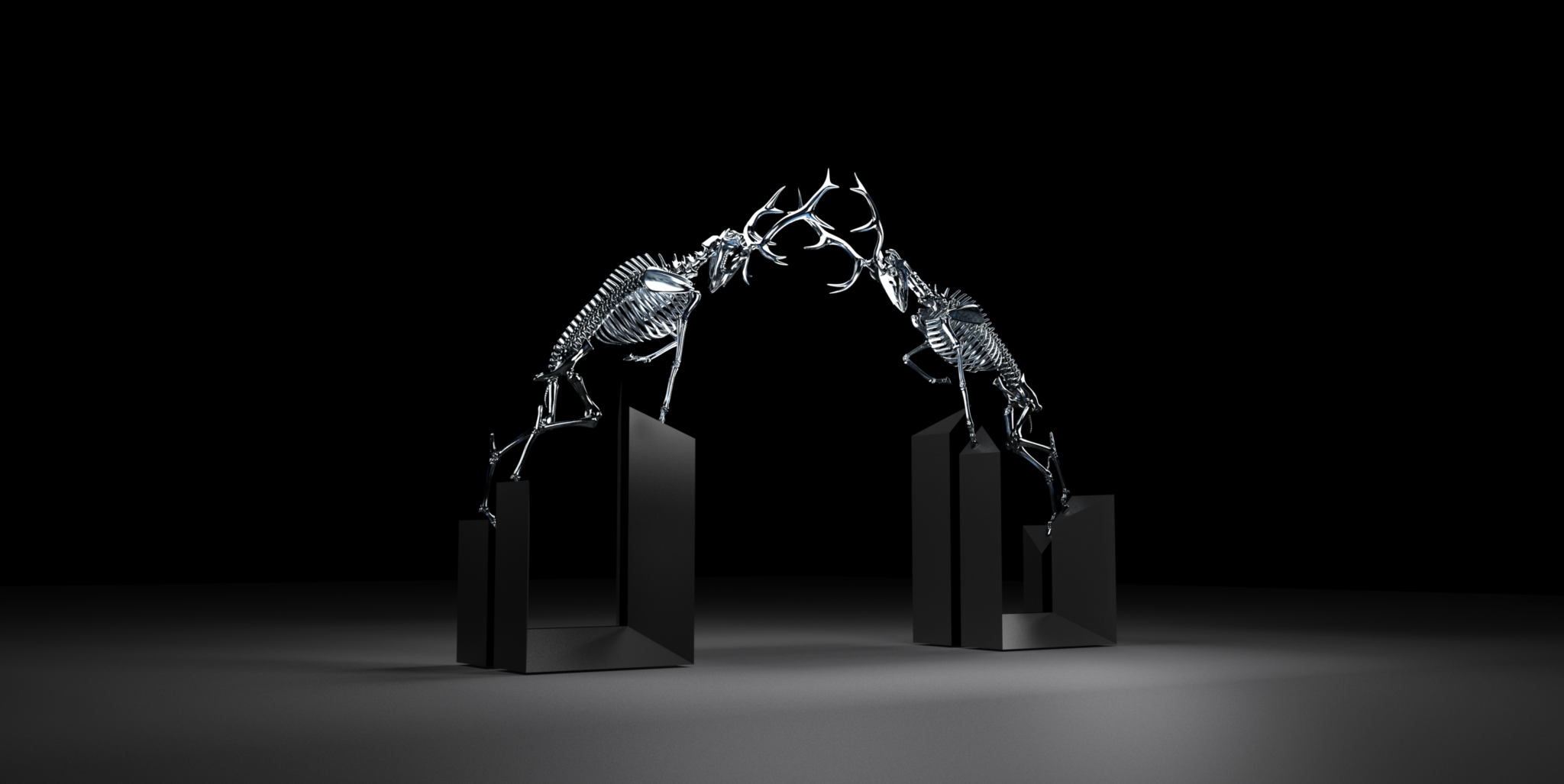 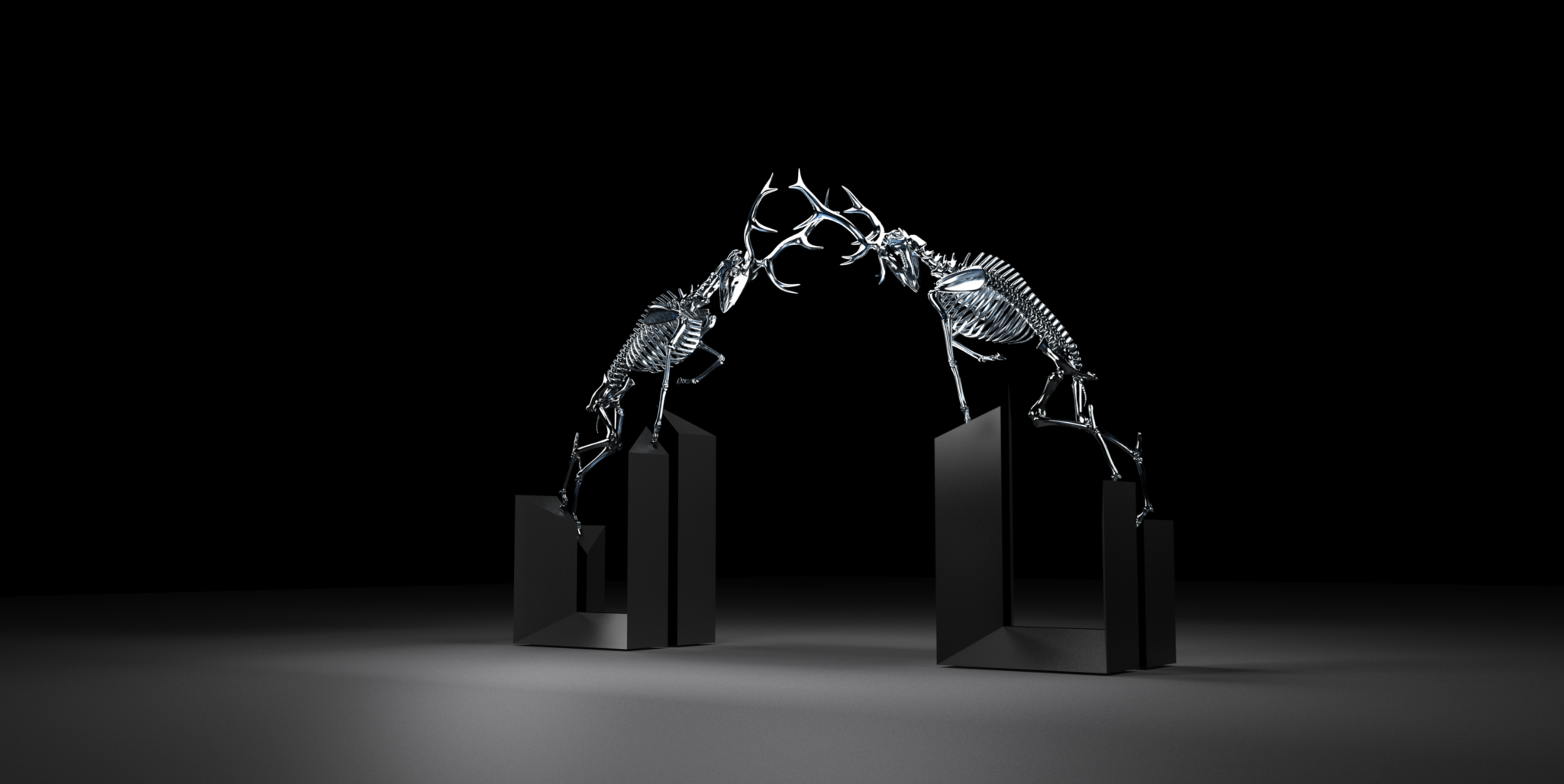