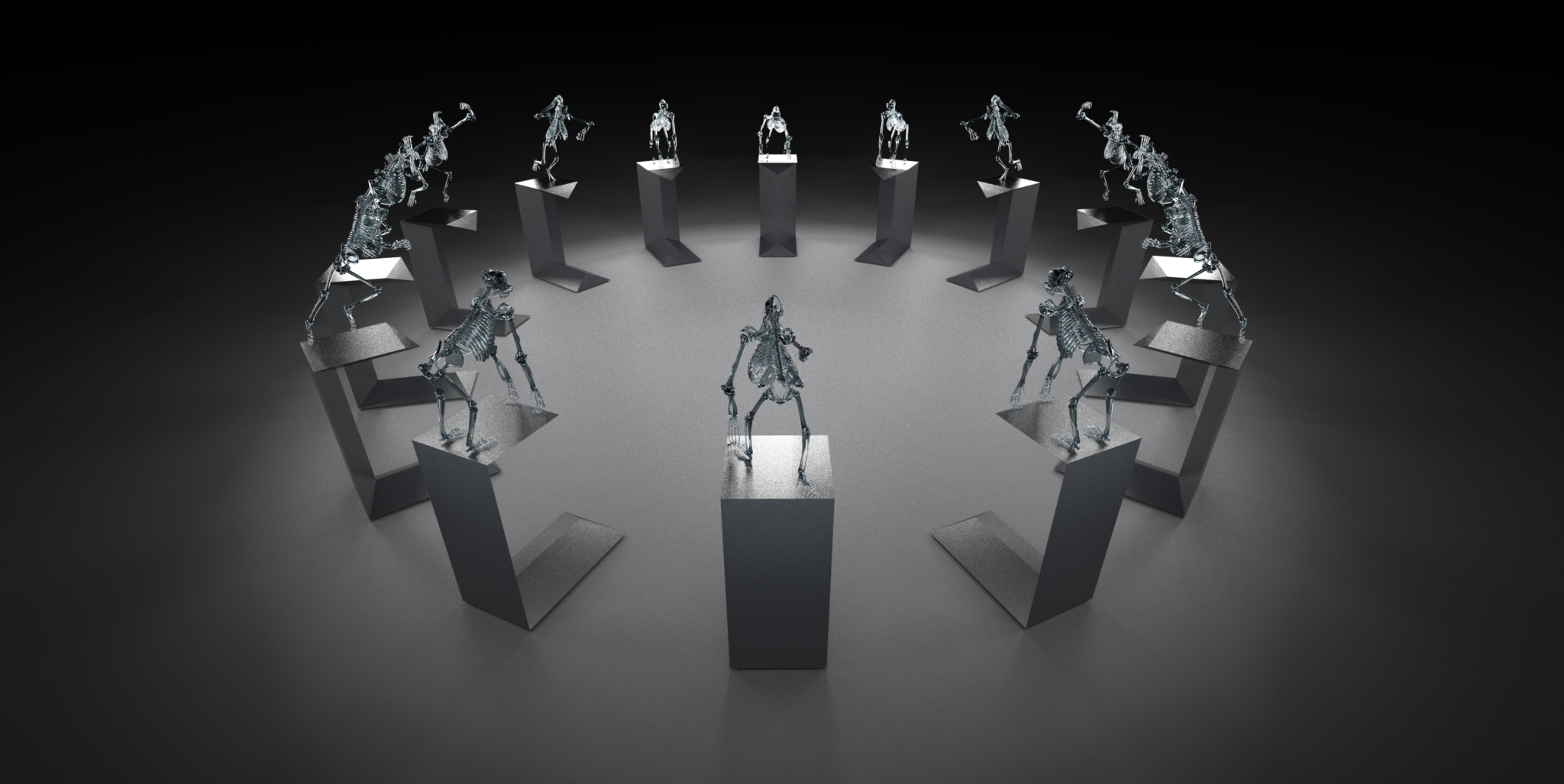 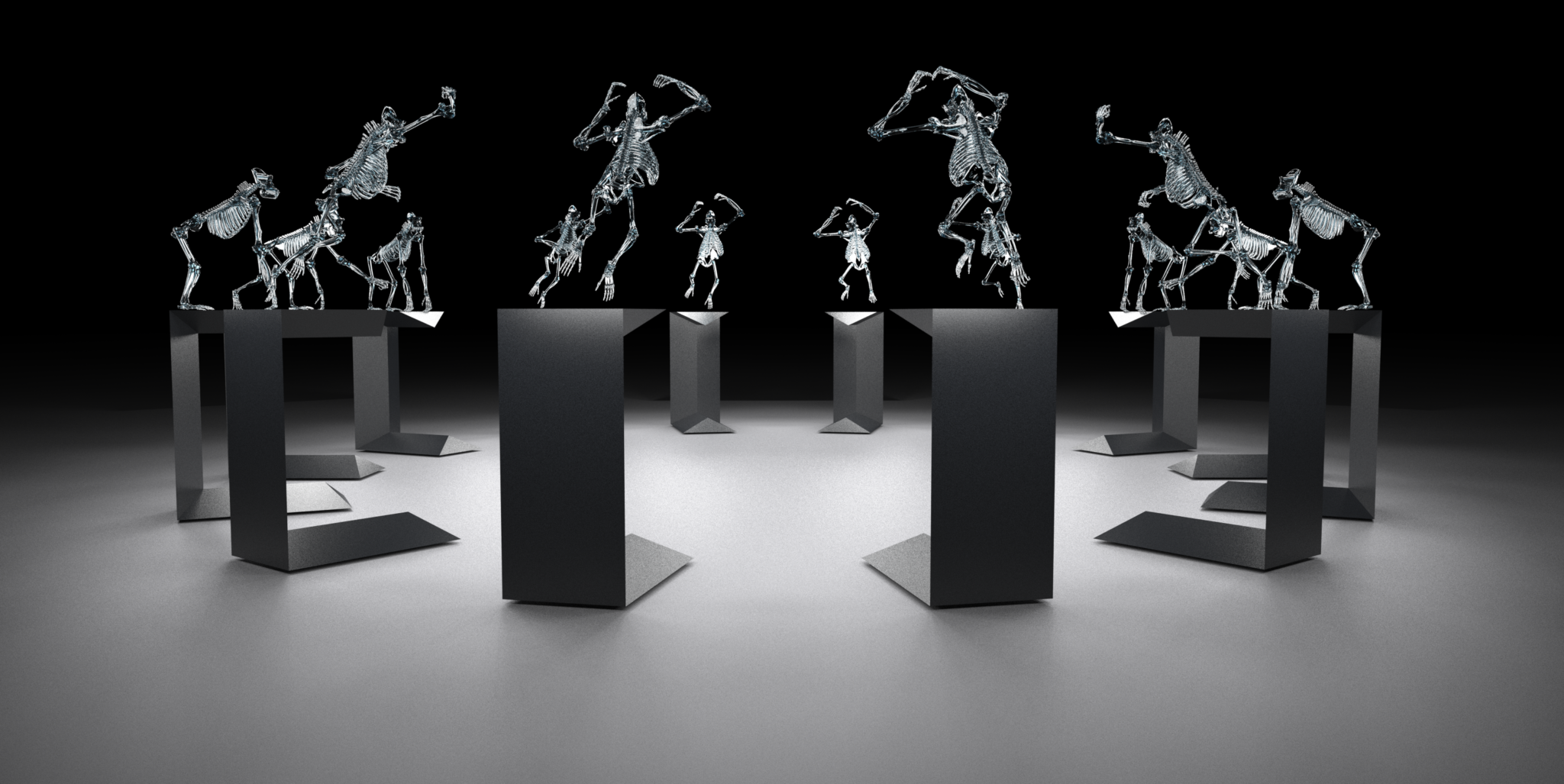 Installed within a dark and cavernous space, on its completion Day of Judgement will showcase the cast glass skeletons of 14 primates articulated in domineering poses atop vast monolithic plinths. Affording the viewer the opportunity to interact with his work, the piece will inspire self-reflection and challenge mankind’s perceived dominance over the planet.

Opening to the public in a bespoke display space, initially the installation will consist of 14 plinths arranged in a henge formation. This visual will be supported by an augmented reality app providing relevant information about the species in focus and 3D renders of the completed work.

The space will also be outfitted with Pavegen flooring; this will be integrated with the work to power the lighting aspects of the installation, and connected to the app which will encourage visitors to log their footsteps. Incentivising visitors to support the project by generating green energy via their footsteps, the app will also provide details of how these steps can be donated to the project to help impact positive change for the living counterparts of the cast glass animal skeletons.

Example: footsteps generated at the Day of Judgement installation are match-funded by a corporate sponsor and donations are used to finance planting of trees in areas deforested by the palm oil industry.

Prior to launching the glass skeletons of each ape will begin their journey of Deliverance to return the cast remains to the animal’s natural home. This entire process will be documented and relayed to the bespoke display space via the interactive app. Displayed against the backdrop of its natural habitat each skeleton will remain on location for a period of one month, during which time the project will take the opportunity to undertake climate and species research.

On their return from the wild, one by one, each skeleton will be installed atop one of the monolithic plinths within the display space, allowing the viewer to further immerse themselves in the animal’s impressive aesthetic. Over time, the skeletons of male and female apes, a breeding pair from seven of the eight species of great ape, will be installed atop the plinths that encircle a central point. Viewers of the installation will be invited to stand alone in the middle of the henge and represent the eighth great ape, mankind.

Laced with religious connotations this overbearing method of display is integral to the aesthetic of the work. Three species of orangutan, two of gorilla, one chimpanzee, and a bonobo, bear down on the viewer like a primate tribunal. Each skeleton is dramatically lit and the 14 apes appear as though casting their judgement on every individual as they enter the henge.

Whilst standing in the presence of these creatures, their delicate frames articulated in such a foreboding manner, it is the artist’s hope that the viewer will consider their personal role in the exploitation of earth’s species and environments, and the imbalance of consumption in their own lifestyle. 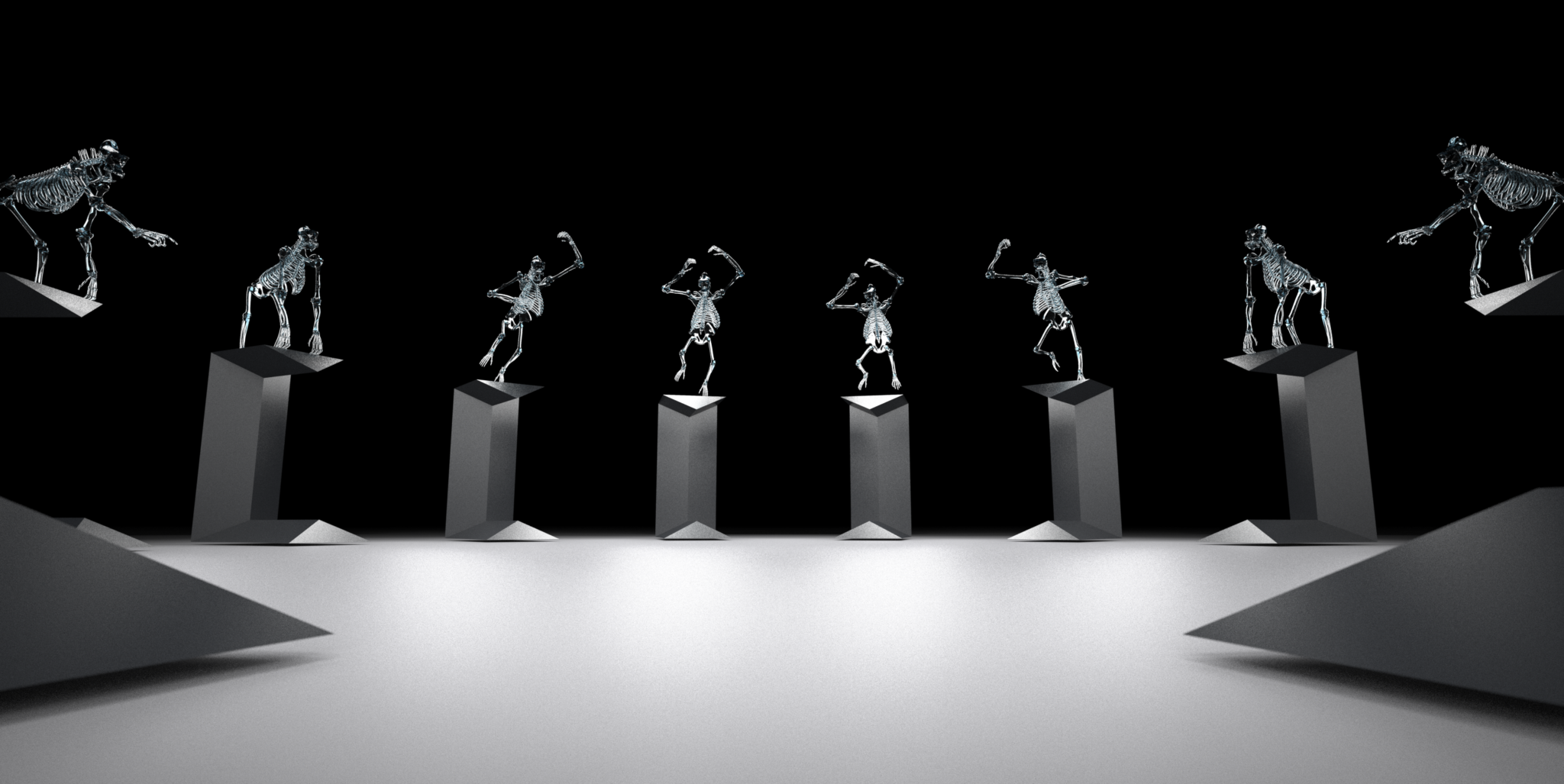 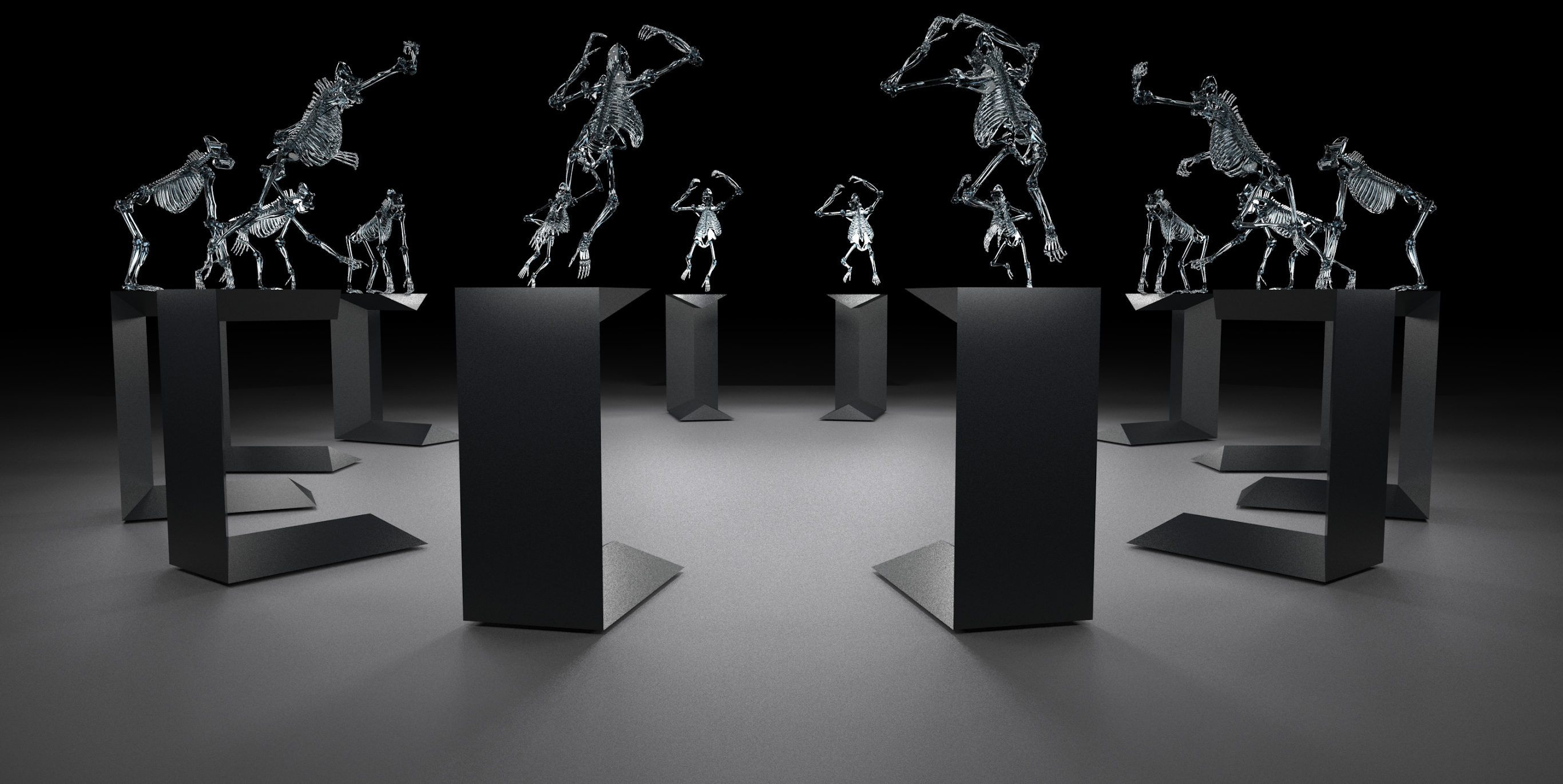